Push Across America was an amazing experience for everyone involved. The idea for the Push surfaced during a casual conversation between Ryan Chalmers and Roger Muller in 2009. When Roger asked Ryan if he thought he could push his racing chair across America, Ryan responded by asking, “will it help Stay-Focused?” When Roger said “probably,” Ryan simply stated, “then, I’m in.”

On April 6, 2013, the Push Across America team pushed out of Los Angeles on its way to New York City. Four vehicles and an eight-member team embarked on a 71-day journey that would have them cross 18 states, and have Ryan push his racing chair 3, 321 miles. Ryan was driven by passion, and his desire to give back to an organization that has changed his life. He was also intent on building awareness for the potential of all persons with disabilities.

On June 15th, Ryan pushed into Central Park in NYC, right on schedule, feeling triumphant, if not somewhat disappointed it was over. But, as he said to all the fans and media who greeted him on that sunny Saturday, “it’s time for the next journey.”

This video is a compilation of our weekly updates during our 10-week Push Across America. 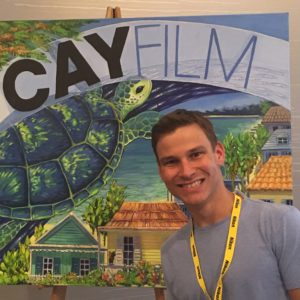 Ryan Chalmers and Roger Muller recently attended CAYFILM 2016, Cayman’s International Film Festival, where we presented a feature documentary of our Push Across America. Many thanks to Cayman-based filmmaker, Rob Tyler, for creating the feature documentary, which we plan to make into a full-length documentary.